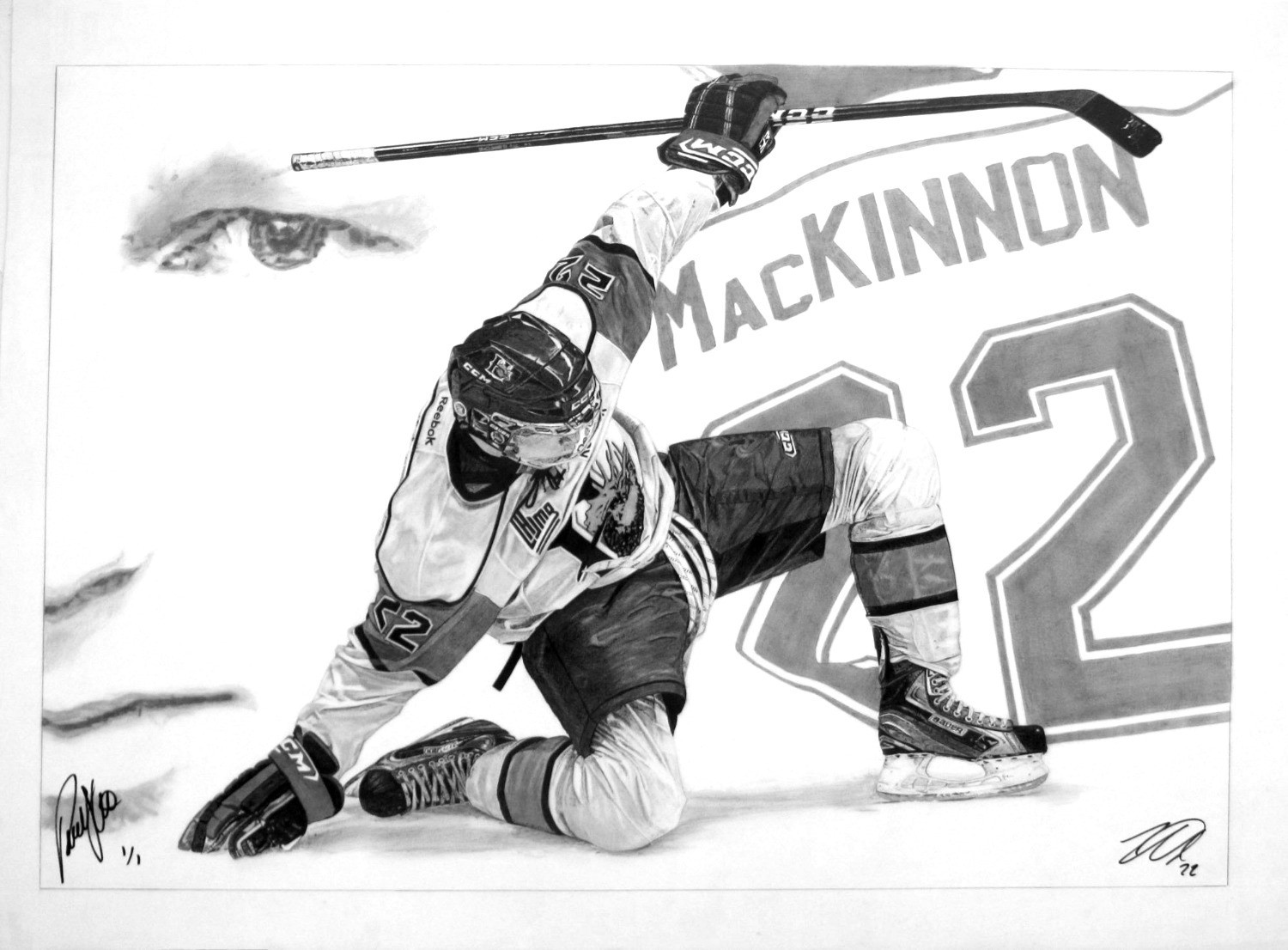 I first collaborated with NHL star Nathan MacKinnon in 2012. From that collaboration came this drawing and 78 limited edition prints. Each was autographed by Nathan MacKinnon and myself while Nathan starred with the Memorial Cup winning Halifax Moosehead. The prints quickly sold out and the original drawing is all that remains. It is signed using a black sharpie and is numbered (1/1). It's officially licensed by the NHL and is accompanied by a Frameworth certificate of authenticity. Frameworth is exclusive dealer of Nathan MacKinnon signed memorabilia.

Save this product for later